Domenica Calarco loses her temper AGAIN as she tears into a Married At First Sight star for ‘trolling’ her best friend Ella Ding: ‘I’m from south-west Sydney, don’t come for me!’

Domenica Calarco has ripped into former Married At First Sight star Nasser Sultan after he made rude comments about her and her co-star Ella Ding.

During an appearance on The Kyle and Jackie O Show on Thursday, the former makeup artist, 29, said she didn’t understand why people troll each other on social media for no reason.

‘I don’t understand this trolling thing,’ she said as she started becoming frustrated.

‘Ella had something said about her yesterday, and I’m not even going to name names because I don’t want to give him any attention,’ she said, before admitting it was Nasser behind the attack.

‘Nasser called Ella a media w***e and a handbag,’ she explained, adding that his comments were rude and uncalled for.

‘I’m a fierce friend and if you say s**t about my friend… Don’t say anything about my family and friends, when it comes to that I get very protective and you don’t want to see the other side of Dom.’

‘Babe, I’m from south-west Sydney, don’t come for me,’ she raged, before she agreed with host Kyle Sandilands that she would ‘smash a glass’ and ‘not muck around’. 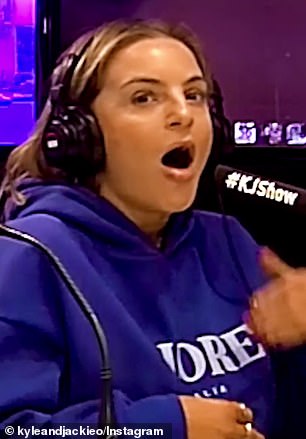 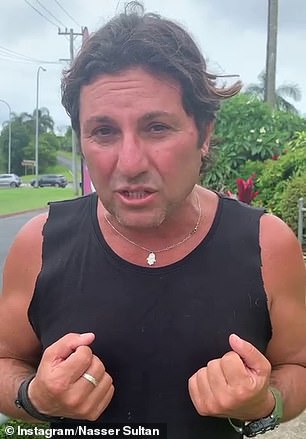 Enraged: ‘I’m from south-west Sydney, don’t come for me,’ Domenica (left) said after slamming Nasser (right) for his comments

It’s not the first time Calarco and Sultan have clashed.

Nasser previously unleashed at Domenica during a live interview on KIIS FM back in March, and claimed she had been ‘playing the victim’ ever since Olivia Frazer exposed her OnlyFans account on the show.

The live conversation between the pair got so heated that host Jackie ‘O’ Henderson was forced to tell Nasser to ‘stop being so aggressive’.

The on-air argument started when Nasser said he has ‘seen all the photos’ of Dom, before sensationally claiming that she had allowed producers to distribute the photos for a storyline. 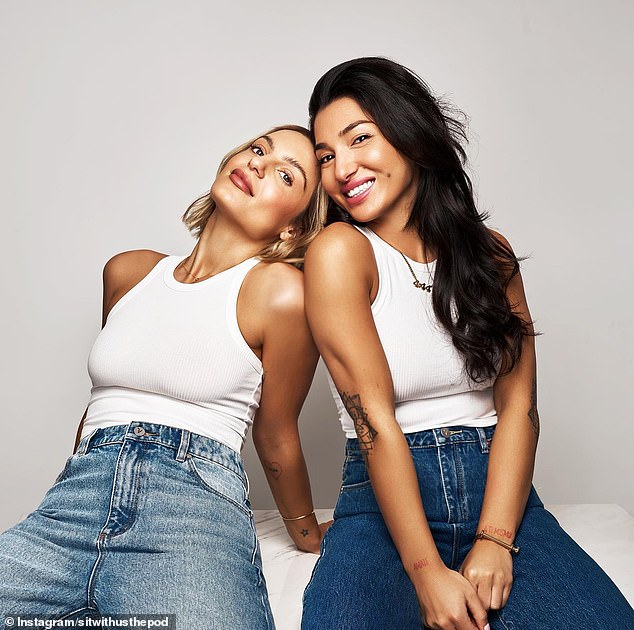 ‘I’m a fierce friend!’ Domenica (left) was defending best pal Ella (right). The pair now have their own podcast together called Sit With Us

He doubled down on his tirade against Dom and jumped to the defense of Olivia, saying that the ‘bigger issue’ was the wine glass smash at the couples’ retreat.

‘The problem is here right, she broke a glass, looked at Olivia and that’s a threat to me. If I did that at a pub I’d be kicked out, if you did that at a party, you’d be thrown out. But she did it and got away with it,’ he said.

‘This is actually quite shocking hearing this,’ Dom admitted, before Nasser cut her off and yelled: ‘You’re shocking! You broke a glass!’ 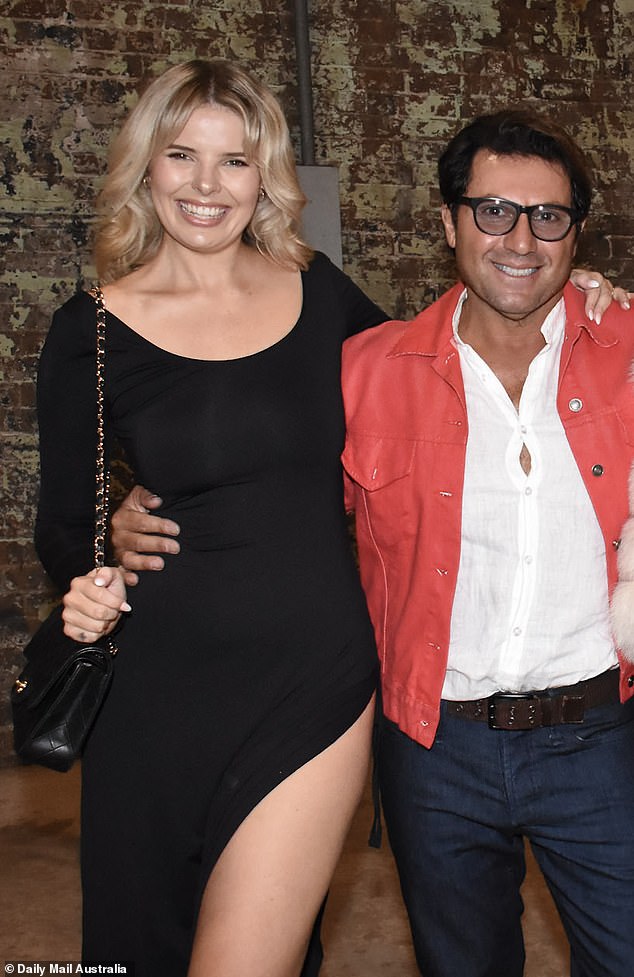 SXSW is one of the biggest cultural events in the world. And now Sydney is getting in on the action