A trailer for the upcoming AMC Interview with the Vampire series was released Saturday at San Diego Comic-Con, as the forthcoming adaptation of the 1976 Anne Rice novel heads to the small screen this fall.

In the preview for the series, which is set in New Orleans in 1910, Lestat is seen lurking near Louis, who is heard saying, ‘I was being hunted and I was completely unaware it was happening.’ 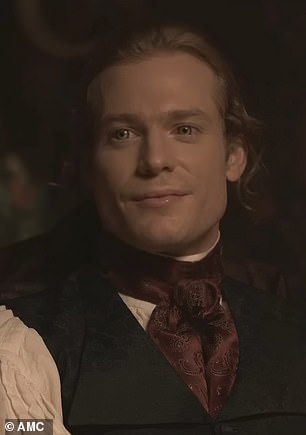 The latest: A new trailer for the upcoming AMC Interview with the Vampire series, starring Jacob Anderson and Sam Reid, was released Saturday at San Diego Comic-Con, as the forthcoming adaptation of the 1976 Anne Rice novel heads to the small screen this fall

Lestat tells Louis, ‘I’ve been watching you for sometime now, Louis. I could swap this life of shame. Swap it out for a dark gift. You just have to ask me for it.’

In the preview, Lestat is seen converting Louie into a vampire biting his neck, later on murdering a priest who Louie speaks to about being a vampire.

Series showrunner Rolin Jones described the series at Comic-Con as ‘an aggressive, beautiful love story,’ that will be more ‘even more reverent’ to the novel than the hit 1994 film which starred Tom Cruise as Lestat and Brad Pitt as Louis, Entertainment Weekly reported.

Molloy, the journalist in the story who interviews Louis, ‘is much better at his job than in the books’ in the series, Jones said, and ‘that some version, primordial version, of the Brat Prince has been put back into this. ‘

In the preview, Lestat is seen converting Louie into a vampire biting his neck 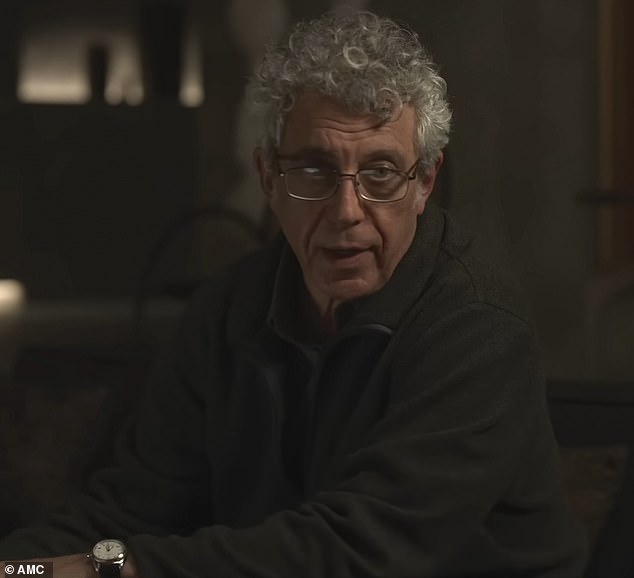 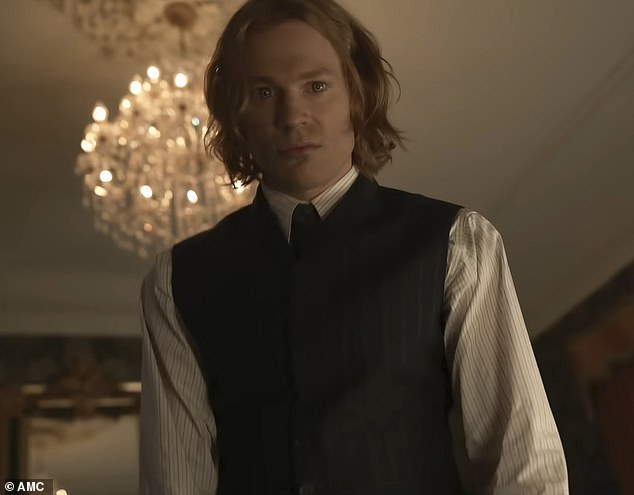 Bogosian opened up about details in the storyline of the series, as his character had previously tried in vain to interview Louis as a rookie reporter.

‘The script is very clear that it’s 40-something years later, and Daniel is no longer the boy who was a novice journalist, just starting out, making tapes of this vampire interview,’ Bogosian said. ‘Now he’s getting a second crack at it. He’s been very successful, he’s actually on the downside of his career, and this is his last chance to grab the brass ring. It’s dangerous, but he wants to go get that story.’

He continued: ‘He’s much craftier than he was when he was a kid. He won’t let Louis lie to him. He’s going to get the story. He’s afraid, of course, he’s afraid. And he’s trying to scare me. 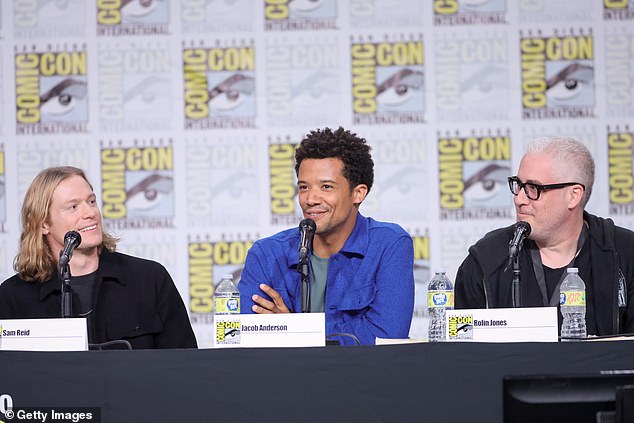 Reid, Anderson and Rolin Jones were on a panel during 2022 Comic Con International: San Diego at the San Diego Convention Center Saturday 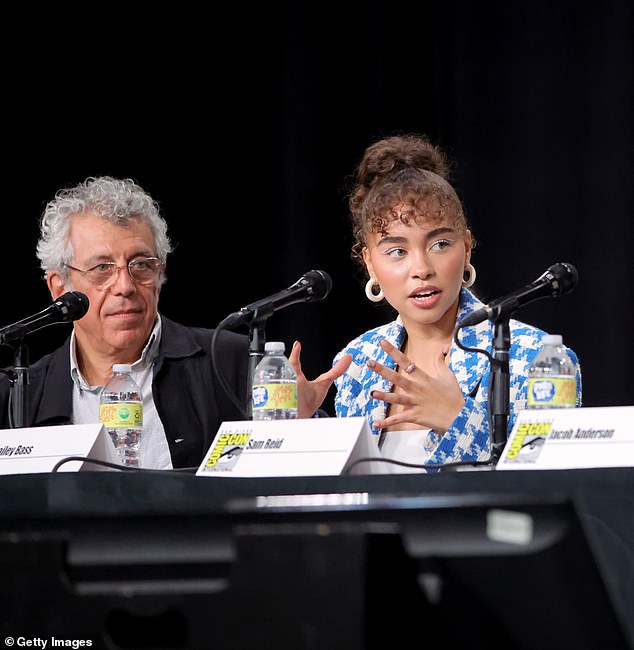 Bogosian and Bailey Bass were seen speaking on the panel 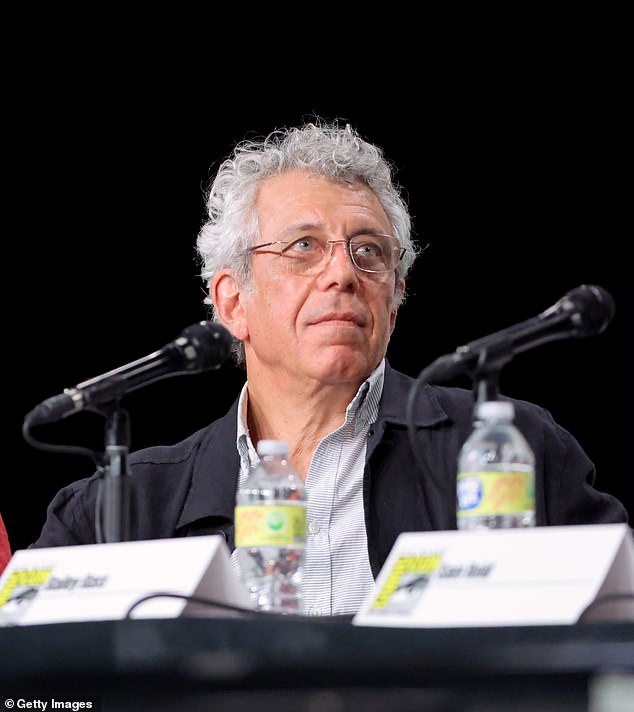 Bogosian said of his role on the series, ‘It’s very complex, and it was wonderful playing that’

Interview with the Vampire is slated to debut on AMC October 2 at 10/9c, and will stream on AMC+

Executive producer Mark Johnson said that hopes are high the series will lead to more content from the book, as well as Rice’s other material.

‘You guys will tell us whether this will be a franchise or not but I believe that this world, the Anne Rice world, is going to go on for some time on AMC.’

Interview with the Vampire is slated to debut on AMC October 2 at 10/9c, and will stream on AMC+.