The Los Angeles native, 43, posted an older image of herself cuddling with the 71-year-old actor, praising his qualities in the caption.

In a response in the comment thread, Hawn, 76, posted a response from Russell, who doesn’t have an official account on the social media site.

Hawn said: ‘Honey this picture speaks volumes … Honey I showed this to daddy. Here’s his message…’

In a message from Russell to Hudson, he said, ‘Birdie, mommy just showed me this picture, this perfect Father’s Day present. I’ve never seen it before. Wow…it’s a killer. Lotta water under the bridge…it’s kinda hard to see it though cause all that water seems to somehow have found its way into my eyes…thanks for making me the luckiest father in the world sweetheart. I love you, Pa.’

On her own page, Hawn shared a shot as she embraced Russell, writing, ‘How can I explain the gratitude and love I feel for the greatest father who has given us all so much in this life.’ 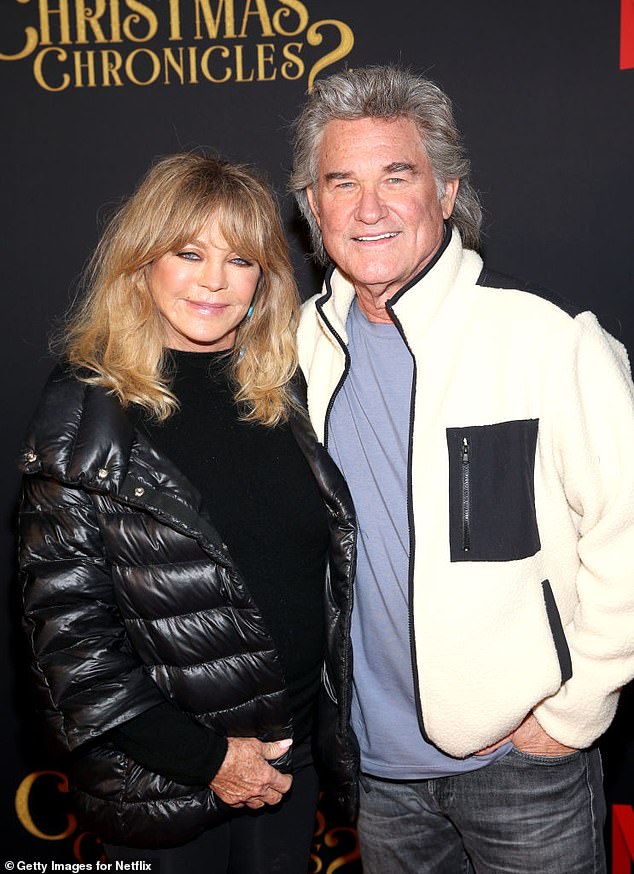 Hawn passed on an emotional message from Russell to Hudson on the social media site. The celeb couple was snapped in LA in 2020 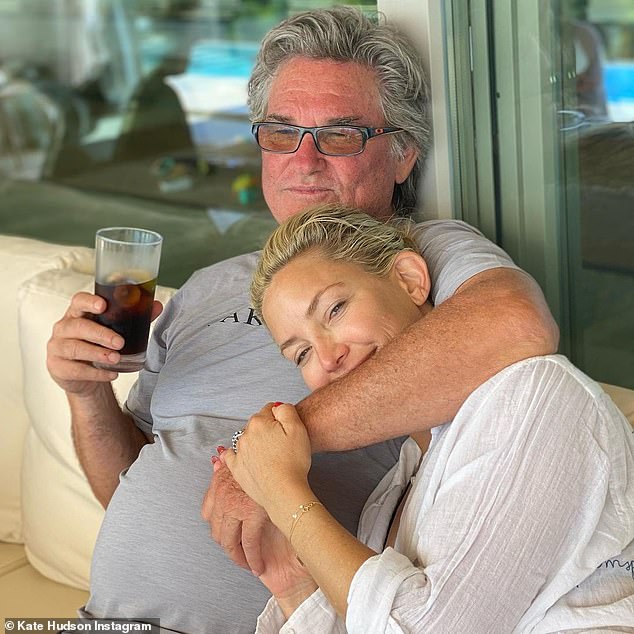 Russell responded to Hudson, ‘Thanks for making me the luckiest father in the world sweetheart’

Hawn is mother to the Almost Famous star plus son Oliver Hudson, 45, with musical artist Bill Hudson – who helped raise them each – plus son Wyatt Russell, 35, with the Tango & Cash actor. Russell is also father to son Boston Russell, 42, from his previous relationship with actress Season Hubley, 71.

Kate Hudson spoke with the TODAY show last year about her estranged relationship with Bill Hudson, saying, ‘Estrangement is unfortunately quite common.

‘I think it’s important for people to talk about that. If they can’t reconnect or if it’s too challenging, that it’s OK, right? It’s a 41-year-old issue. I have a great family. I have a beautiful mother,’ she said. 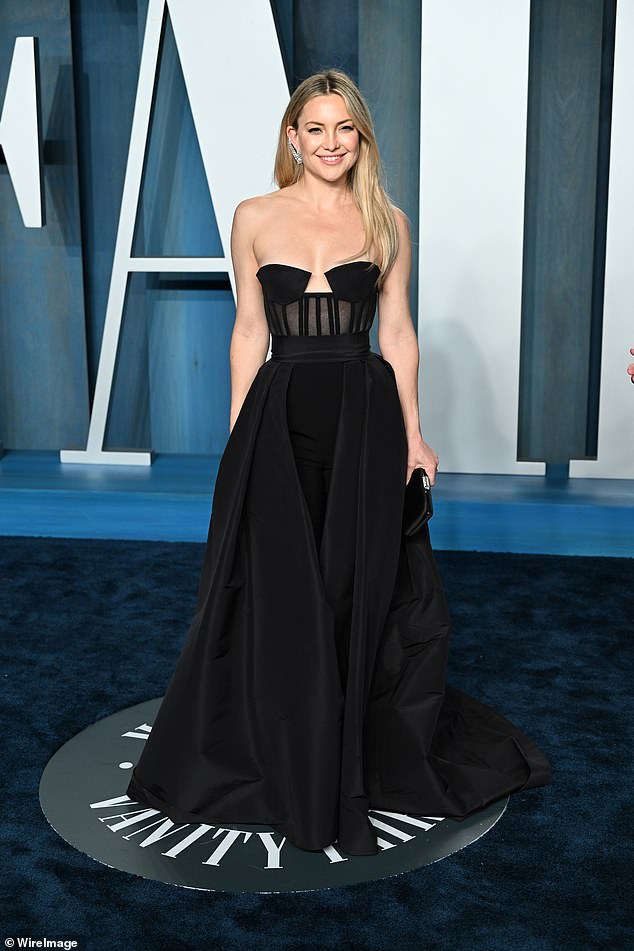 ‘I have a stepfather who stepped in and played a huge, huge part in sharing what it is to have a dependent father figure in our life. But it doesn’t take away from the fact that we didn’t know our dad.’

She continued: ‘I think as I’ve sort of gone through that process … I kind of look at my dad and I’m, like, “You know, the love has never ever gone anywhere.” It’s always been there, no matter what those complications have been. And healing is … personal, and I think people sometimes just need to hear that they’re not alone in that.’

The Truth Be Told actress on Sunday also wished a happy Father’s Day to partner Danny Fujikawa, including a montage GIF of him and their daughter Rani, three.

Hudson – who is also mother to sons Ryder, 18, with ex-husband Chris Robinson and Bingham, 10, with former fiancé Matt Bellamy – captioned the post: ‘Happy Fathers Day to one amazing Daddy. We love you so much!’

Doctor’s warn women to stop peeing in the shower NOW

Ben Affleck’s son Samuel, 10, appears to back Lamborghini into BMW during outing with dad and J. Lo

Stranger Things’ Sadie Sink, Gaten Matarazzo and Priah Ferguson on what’s scarier than the Upside Down